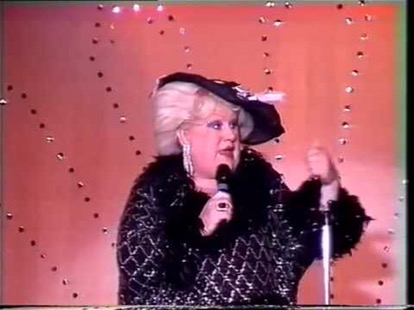 Catholics know this (I didn’t)

I’m not religious , I don’t do God, but if I did it would have to be Catholicism. Bells, smells, dressing up in robes, bling. What’s not to like? I guess the alternative option would be to become a drag queen. ( Woolwich ) Dockyard Christopher, anyone ?

15th August is Assumption Day and a Bank Holiday in many Catholic countries. Assumption is? Me neither, so I looked it up ( as your esteemed writer always does = Google addiction ). Big village and town fiestas, free paella ( on the council! ) , special Mass, parades, party frocks/fancy dress, you get the picture. These dos go on for Days. The Spanish know how to party in the street.

Here is a photo album of the day

Question: What is the difference between the “Ascension” and the “Assumption”? (I.C.)

Answer: The Ascension refers to our Lord’s bodily entrance into Heaven on the fortieth day after Easter. It is described in Acts i: 1-14, and is mentioned briefly in Mark xvi: 19-20 and in Luke xxiv: 50-53. Although the Scripture uses the words “He was lifted up,” we use the word “ascension,” which suggests something done under one’s own power, for Jesus Christ is God and is all-powerful.
The Assumption refers to the taking up, body and soul, of the Blessed Virgin Mary at the end of her earthly life. In this case the word indicates that she was taken to heaven by a power apart from herself. The Assumption is not recorded in Sacred Scripture, but there are several extant writings including one by St. Melito of Sardis, who died in the second century (see “Apropos”). Sometimes called the “Dormition,” or “falling asleep” of our Lady, the doctrine has been acknowledged by the faithful both in the east and in the west since the earliest times. It has been the subject of many of the Fathers and Doctors of the Church, gives its name to numerous churches in their dedication, and is celebrated liturgically on August 15th. On 1 November, A.D. 1950, Pope Pius XII declared:

“We pronounce, define, and declare it to be a divinely revealed dogma: that the Immaculate Mother of God, the ever Virgin Mary, having completed the course of her earthly life, was assumed body and soul into heavenly glory.”1

Readers may be interested in reading the entirety of Pope Pius’ Apostolic Constitution, Munificentissimus Deus, which is reasonable in length and reviews the history of the doctrine.