I’ve arrived, I’ve hit the ground running and I have SO much stuff to write about. Yippee!

Here I sit in an apartment in the gorgeous Landhaus Mohr in the Allgäu, it is indeed exceptional as Trip Advisor says, and most importantly I’ve found the bus stop (well I thought I had but more of that in due course) 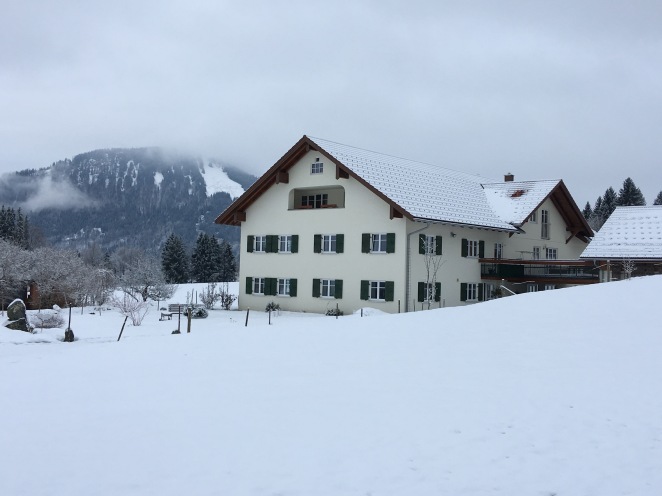 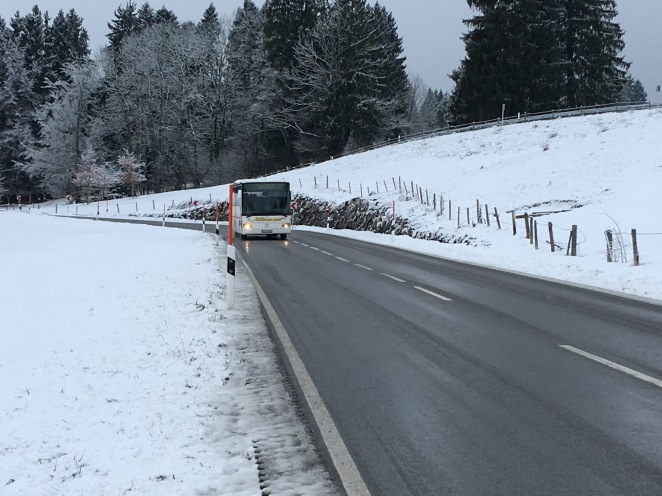 THE STORY SO FAR….I’ve been threatened with the police on a German railway station, I got caught in barbed wire trying to leave a private farm track (well I thought it was the footpath, didn’t I?), I have quickly learned the German for “I’m not supposed to stop here, you know?” from a rather antsy Bavarian bus driver, my lovely only worn twice après ski boots fell apart on their first day out (the glue had broken down after them spending 7 years in a suitcase in the loft) and I’ve taken to hanging about on station platforms with a bridge camera in my hand   #adodgylook 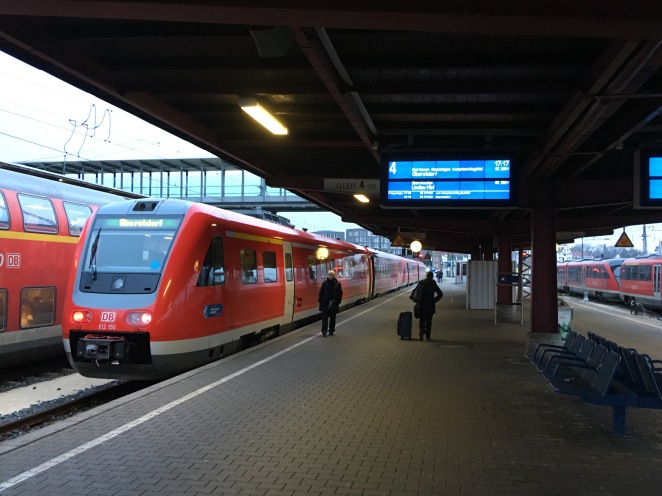 Then it’s off we go….to here there and everywhere! On and off buses and trains, sightseeing, snapping away (all in the glorious mountain air), a pit stop for lunch, somehow cramming in picking up goodies to cook for supper and then arriving back at base at about 18.00 (daylight is 07.45-17.55 here) 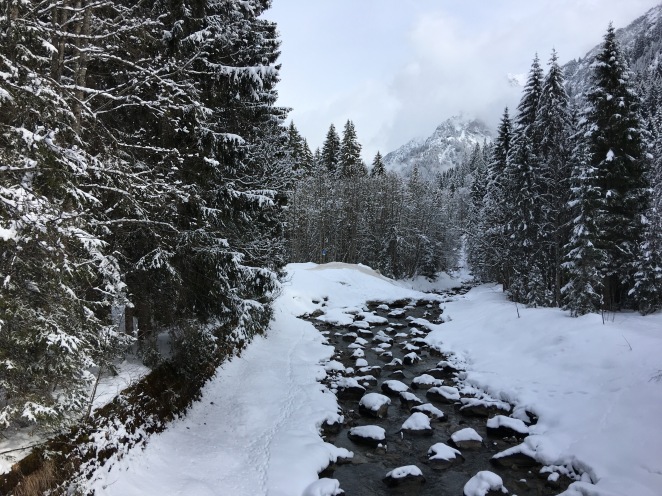 THEN, you open the door and the warmth hits you like an express train. BAM! 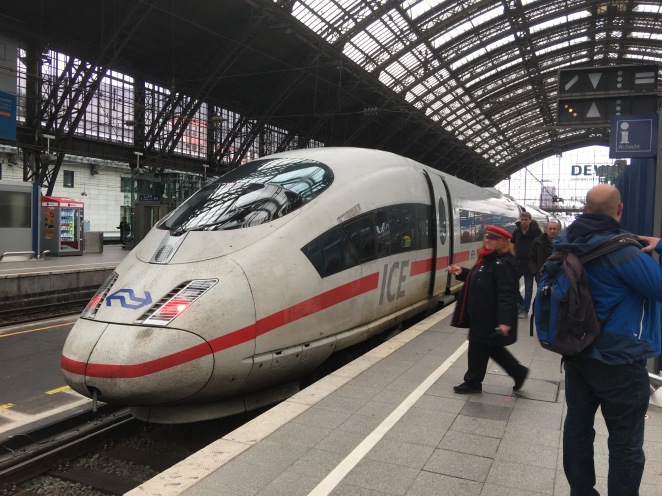 It’s always triple glazing here in the Alpine lands so no draughts to help keep you awake.
You pour yourself a Dampfbier and within 5 minutes all you want to is to fall sleep, never mind cook a gourmet supper. Writing potentially award winning blog posts requires creative energy and you’re wiped out.

I NEED A PLAN (or a secretary with shorthand)

So, this quickie post is to tide you over and whet your appetite because I’ve GOT to cook supper now. GOT to.  #famished

Black pudding, applesauce, spätzle, red cabbage, cucumber salad, and giant pretzels it is, followed by fruit and yogurt. A smidge  of cheese for those who want it. I

I may be cooking it myself but I came to Germany to eat German food not pizza.

PS I went to the International Ski Jumping in Oberstdorf yesterday. It was a blast (even though the second round was cancelled due to high winds and my feet were soaking wet due to the boot issues mentioned above)